With the coronavirus continuing to rage throughout Europe, Parliament’s plenary agenda focuses firmly on getting beyond the crisis. 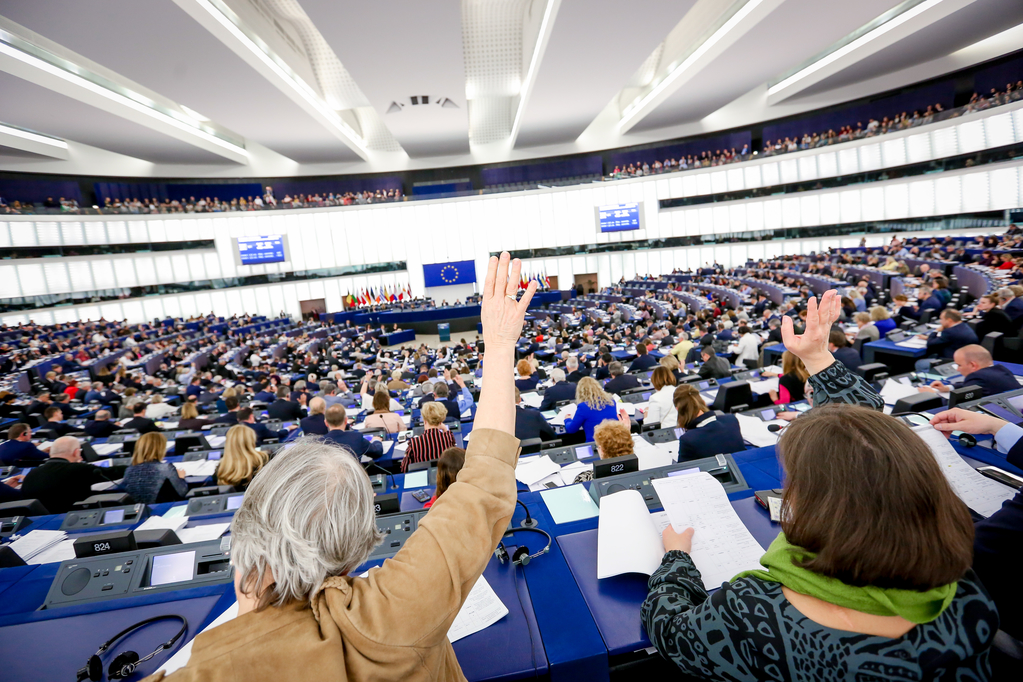 With the coronavirus continuing to rage throughout Europe, Parliament’s plenary agenda focuses firmly on getting beyond the crisis. However, Parliament sees a balance to strike between measures to recover socially and economically, with opportunities to seize to do more to mitigate climate change and to ensure that the recovery benefits everyone.

It is clear that current use of the earth’s resources is unsustainable, leading to biodiversity loss and greenhouse gas emissions that threaten the natural world and accelerate climate change. Parliament has already called for an ambitious circular economy action plan to tackle the lack of re-use in the EU (the share of recycled materials in the economy was only 12 % in 2019). On Monday evening, Members are due to debate an own-initiative report on the European Commission’s proposed new circular economy action plan. The Environment, Public Health & Food Safety (ENVI) Committee report proposes more robust and binding targets for reducing the use of primary raw materials, and highlights the opportunities inherent in optimising the use of products over a longer lifecycle.

Climate action is a major focus of the Recovery and Resilience Facility, designed to raise the necessary funding to revive the economy post-coronavirus, and the main element of the Next Generation EU package. On Tuesday, Members will debate a joint report adopted by the Committees on Budgets (BUDG) and on Economic and Monetary Affairs (ECON), scrutinising the text agreed with the Council, which, if plenary confirms, would come into effect this month. Under the agreement, Member States would be able to submit recovery and resilience plans that earmark at least 37 % of their budget to climate and 20 % to digital measures, with up to 13 % pre-financing available upon approval. Parliament will scrutinise progress via a recovery and resilience scoreboard.

Rebooting the economy after the ravages of the coronavirus epidemic will also demand robust measures to encourage investment in EU businesses. Parliament is expected to vote following a joint debate on Wednesday afternoon, on provisional agreements on two proposals, resulting from interinstitutional negotiations, on the capital markets recovery package (MiFID and EU recovery prospectus). The proposals revise the legal framework on investment services set out in MiFID governing their provision in financial instruments, in a package of targeted amendments to the Prospectus Regulation, MiFID II and securitisation rules. The amendments aim at reducing the administrative burden for experienced investors, while preserving protection for retail investors and maintaining requirements for transparency.

ECB President, Christine Lagarde will be present in the plenary on Monday afternoon, for a debate on the own-initiative report on the European Central Bank’s annual report, which considers ECB monetary policy in the context of the coronavirus crisis, on financial stability measures, and on actions against climate change. In response to a projected decrease of 7.3 % in real GDP for the euro area, and increased unemployment to 8.0 % in 2020, the ECB has implemented monetary stimulus, non-standard monetary policy measures, and temporary capital and operational relief to increase banks’ lending capacity. The ECON committee report considers that the ECB has acted decisively to mitigate the impact of the crisis. However, it also calls for accompanying reforms to strengthen competitiveness and social cohesion, and underlines the need to tackle climate change-related risks. A secret vote will also take place on Monday on the appointment of the Vice-Chair of the ECB Supervisory Board – where Parliament would like to see greater effort made to respect gender equality.

Equality between women and men is a core EU value and objective. On Wednesday afternoon, the Council and Commission are expected to make statements on the challenges ahead for women’s rights, 25 years after the Beijing Declaration and Platform for Action, and in the current difficult climate. The coronavirus pandemic has delayed review of the initiative by a year, and has a heavy impact on gender equality in a number of areas. Furthermore, the European Institute for Gender Equality reports that substantial gender inequalities persist across all twelve areas of concern identified for action. Parliament has already called for EU Member States to do more to ensure gender equality, and recently adopted three resolutions on the subject.

A grave violation of fundamental rights with a strongly gendered impact, which not only causes long-term harm to its victims (largely women), but also significant economic, social and human costs to society, Parliament is due to debate an own-initiative report on preventing and combating trafficking in human beings on Monday evening. The joint report, adopted by the Civil Liberties, Justice and Home Affairs (LIBE) and Women’s Rights and Gender Equality (FEMM) committees recommends several measures to identify victims and improve prevention and prosecution of those who profit from trafficking in human beings.

Social media platforms have become a major source of information for many people, but also amplify mis- and disinformation. Their role and power in moderating online content has attracted increasing criticism, particularly in light of recent events around the United States elections. The Council and the European Commission are expected to make statements in plenary on Wednesday afternoon on democratic scrutiny of social media platforms and protection of fundamental rights, in particular on freedom of expression. While the EU has favoured self-regulation to date, in 2020, Parliament stressed that the responsibility for law enforcement in digital services must remain with public authorities in the EU, not with private commercial entities, and called for adequate oversight and judicial redress mechanisms.

The High Representative of the EU for Foreign and Security Policy/Vice-President of the Commission will make statements on several current issues on Tuesday afternoon, including on his visit to Russia to meet Foreign Minister, Sergei Lavrov, on Friday 5 February 2021. This meeting comes in the context of the crackdown by Russian authorities on large-scale demonstrations in response to the arrest and jailing of opposition leader Alexei Navalny.

Finally, on Tuesday afternoon, Members are expected to vote on an own-initiative report on the implementation of the EU Association Agreement with Ukraine, which commends the country’s efforts in implementing its commitments under the Agreement. The wide-ranging Committee on Foreign Affairs (AFET) report recommends that Ukraine authorities focus on a limited number of priorities and suggests completion of reforms now, to secure the advances on the rule of law, governance and combating corruption.