The only parliament in the world to award a film prize, the European Parliament has been shining a spotlight on European cinema every year since 2007. 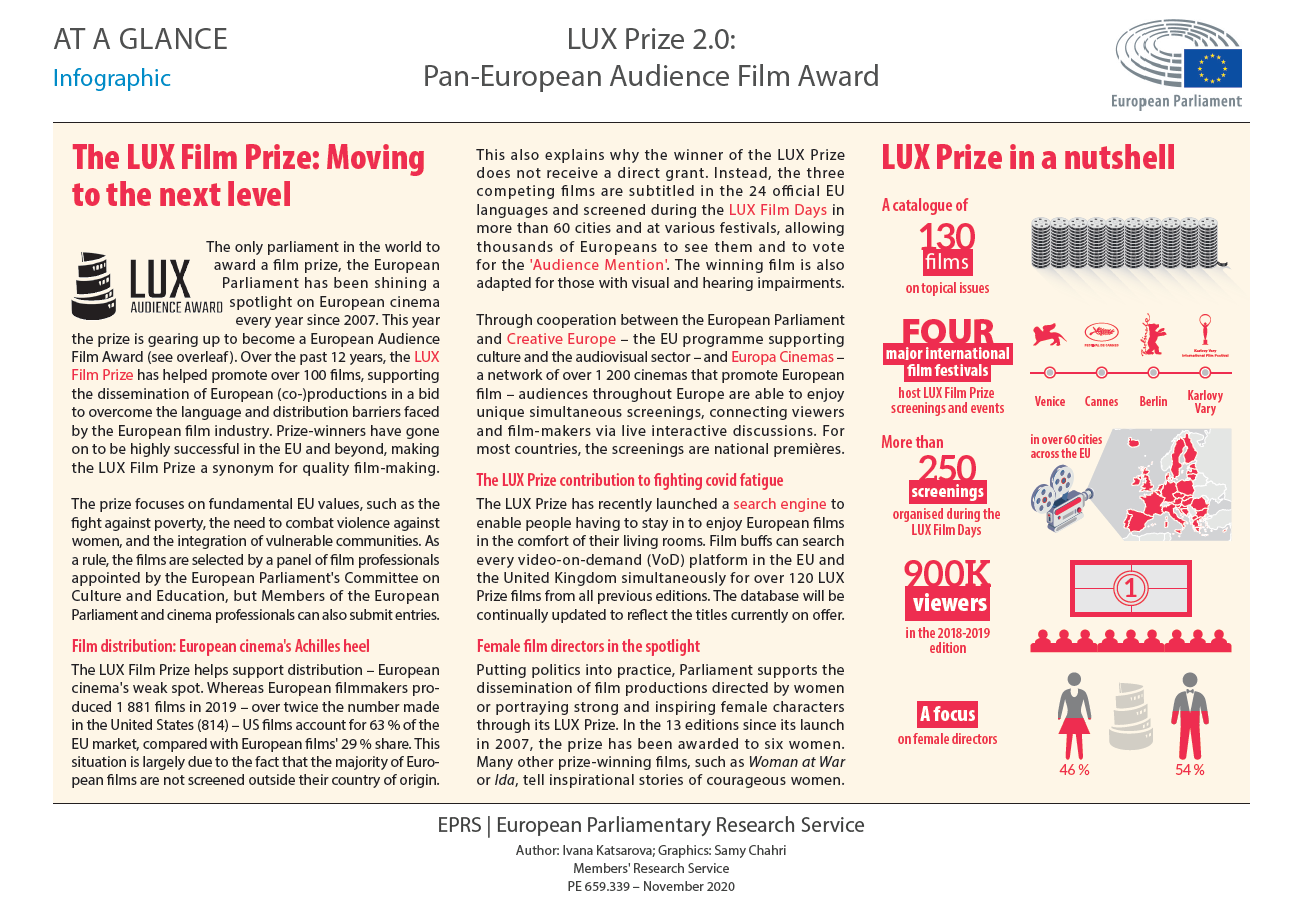 The only parliament in the world to award a film prize, the European Parliament has been shining a spotlight on European cinema every year since 2007. This year the prize is gearing up to become a European Audience Film Award. Over the past 12 years, the LUX Film Prize has helped promote over 100 films, supporting the dissemination of European (co-)productions in a bid to overcome the language and distribution barriers faced by the European film industry. Prize-winners have gone on to be highly successful in the EU and beyond, making the LUX Film Prize a synonym for quality film-making.

See these graphics in other languages:

Read this ‘at a glance’ on ‘LUX Prize 2.0: Pan-European Audience Film Award‘ in the Think Tank pages of the European Parliament.