Alexey Navalny is one of Vladimir Putin’s most outspoken critics. After surviving an assassination attempt and recovering in Germany, he returned to Russia in January 2021 to face arrest and imprisonment. Mass protests over his detention and revelations of high-level corruption show that an increasingly repressive Kremlin has not succeeded in crushing opposition to Putin’s rule. 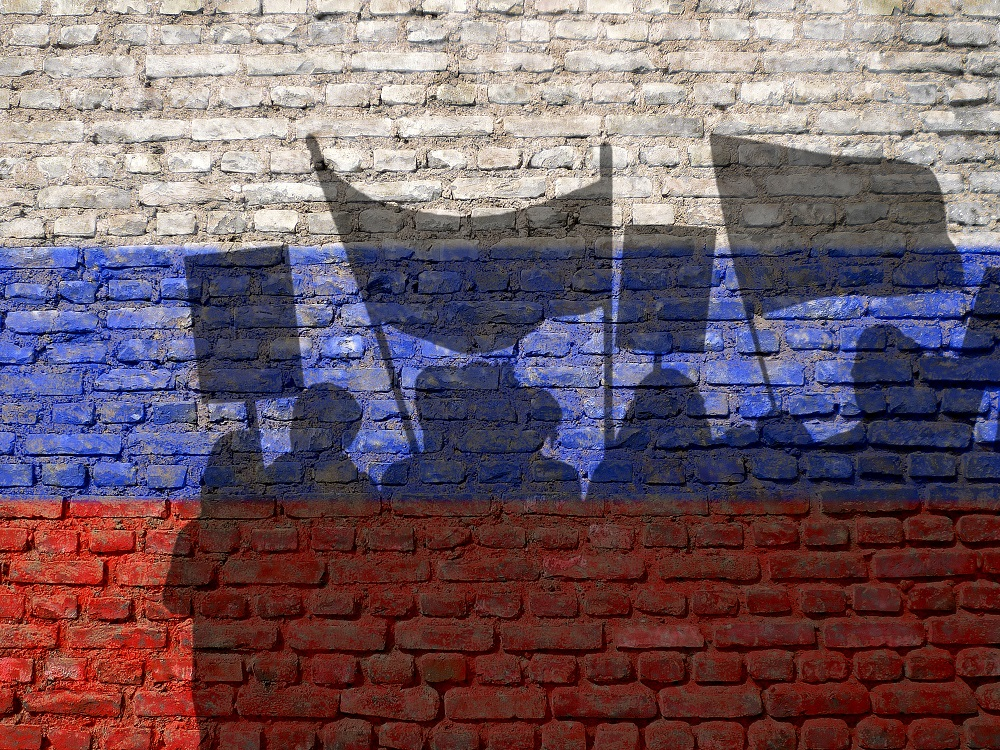 Alexey Navalny is one of Vladimir Putin’s most outspoken critics. After surviving an assassination attempt and recovering in Germany, he returned to Russia in January 2021 to face arrest and imprisonment. Mass protests over his detention and revelations of high-level corruption show that an increasingly repressive Kremlin has not succeeded in crushing opposition to Putin’s rule.

Who is Alexey Navalny?

Alexey Navalny is one of Vladimir Putin’s most outspoken opponents, a thorn in the Kremlin’s side for over a decade. In Russia, he is best known as a campaigner against deep-rooted corruption in the ruling elite; investigations by his Anti-Corruption Foundation have focused on figures such as former Prosecutor-General, Yury Chaika, and Putin ally, Yevgeny Prigozhin, a millionaire businessman linked to Kremlin disinformation operations such as the infamous St Petersburg ‘troll factory’. In 2017, the Foundation’s video on then Prime Minister Dmitry Medvedev’s private assets was watched nearly 40 million times. In July 2020, the foundation closed after a Moscow court ordered it to pay €1 million in damages to one of Prigozhin’s companies for libel over a food-poisoning scandal in Moscow schools; it has since resumed its activities.

Navalny stood in the 2013 Moscow mayoral election, and did unexpectedly well, capturing 27 % of the vote, almost enough to force Putin ally and incumbent Sergey Sobyanin into a second round. In 2014, he was convicted of embezzlement, and received a three-and-a-half year suspended sentence in a judgment later described by the European Court of Human Rights as ‘arbitrary’. Electoral authorities refused to register Navalny as a candidate in the 2018 presidential election. Since 2011, Navalny has spent hundreds of days in detention for a variety of offences; in 2016 he was assaulted by Cossacks, and in 2017 temporarily lost part of his eyesight after being doused by unknown assailants with a caustic green dye.

On 20 August 2020, Navalny collapsed on a flight from the Siberian city of Tomsk. After an emergency landing, he was taken to a hospital in Omsk, and from there for treatment in Berlin. Tests from independent laboratories showed that he had been poisoned by a Novichok-type nerve agent similar to the substance used against former Russian spy Sergey Skripal in 2018. Given that private actors would find it difficult to access Novichok, and that Federal Security Service (FSB) agents were shadowing Navalny at the time, it is probable that the attack was carried out by Russian security forces on orders from Putin or his entourage. In December 2020, Navalny released a recording of a phone call to an FSB agent who he tricked into revealing that the poison (which was spread onto his underpants) was intended to kill.

In an apparent attempt to discourage Navalny from returning to Russia after his recovery, in December 2020 the Prisons Service threatened him with jail for violating the conditions of his suspended sentence. Nevertheless, in January 2021 he arrived back in Moscow and was immediately arrested. On 2 February, a Moscow court ordered him to serve the rest of his sentence (2 years and 8 months) in prison.

Two days after Navalny’s arrest, his foundation released a video exposing an opulent Black Sea palace allegedly built for Putin. Like the 2017 video on Medvedev, the documentary has attracted enormous interest, with over 100 million views. Putin denies flatly that the palace has anything to do with him. On 30 January, Putin friend and oligarch Arkady Rotenberg came forward, claiming to be the real owner.

To discourage protests, the Russian authorities banned public gatherings and ordered social media to take down organisers’ posts. Angered by Navalny’s detention and the revelations of high-level corruption, protestors were undeterred; an estimated 20 000 took to the streets of Moscow on 24 January, with further large rallies in over 100 cities across the country bringing the nationwide total to over 100 000 – possibly the largest turnout since the post-election protests of 2011-2012. A second round of protests on 31 January drew even bigger crowds in some cities, although in Moscow they were smaller. The police response to the latter protests was unusually forceful, with over 5 000 arrests (a ten-year record), batons and tasers.

Navalny receives only minimal coverage in state media, and Putin famously refuses to mention his name in public. However, the popularity of the ‘Putin palace’ video shows that corruption is an issue that resonates far beyond the relatively limited circle of Navalny supporters; in 2020, 77 % of Russians saw government corruption as a serious problem. The scale of the rallies shows that a decade of increasing repression has not lessened the capacity of Putin’s opponents to mobilise large-scale protests.

Protests also reflect rising dissatisfaction with problems such as persistent poverty, declining incomes, and profound inequality, which the pandemic has only exacerbated. In 2019, 59 % wanted ‘decisive, large-scale’ changes, up from 42 % two years earlier, according to independent pollsters Levada Centre. Charismatic, bold, media-savvy, and backed by a network of loyal supporters, Navalny has become perhaps the most prominent figure in Russia’s ‘non-system’ opposition (so-called to distinguish it from officially tolerated tame ‘system’ parties such as the Communists). The Kremlin might prefer to ignore Navalny, but its apparent attempt to eliminate a difficult opponent has only put him in the spotlight.

Previous waves of discontent came in 2011-2012 (after allegedly rigged parliamentary elections), 2017 (triggered by the Medvedev video) and 2019 (over the exclusion of ‘non-system’ candidates from regional elections). Recurrent mass protests show that the Kremlin is failing to silence dissent. The latest protests come at an awkward time, with Russia struggling to recover from the pandemic and preparing for crucial parliamentary elections in September 2021. There are signs that support for Navalny is growing; in September 2020, 20 % approved of his actions, compared to just 6 % in 2013, while the 24 January demonstrations were some of the largest ever, despite forceful police action and harsh winter weather.

Nevertheless, these protests seem unlikely to be more of a game-changer than the previous ones. Non‑system opposition politicians have scored a few electoral victories in recent years (in 2019 and 2020, partly due to a ‘smart’ tactical voting strategy promoted by Navalny), but such successes are isolated. The non‑system opposition remains weak and fragmented, and it lacks a positive agenda other than getting rid of Putin. Few in Russia see it as a credible alternative to the established political parties. Public opinion remains mostly favourable to Putin, whose approval rating is stable at around 60-65 %, according to Levada Centre. Surveys suggest that most Russians do not see any alternative to him; in October 2020, he was still by far the nation’s most trusted politician (34 % of respondents), compared to just 4 % for Navalny. Although most have heard of Navalny, in December 2020 just 17 % claimed to have followed his poisoning with any interest, and a similarly low percentage believed that the authorities were to blame. Few doubt that United Russia, the ruling party, will win another sweeping victory in the September 2021 elections.

The Russian authorities are sticking to denials of state involvement in Navalny’s poisoning, and have not launched an investigation, as they claim to have seen no evidence of criminal activity. Official statements blame the current unrest on Western efforts to destabilise Russia; Presidential spokesperson Dmitry Peskov has denounced Navalny as a CIA collaborator, while the Foreign Ministry suggests that the US Embassy may have actively helped to organise Moscow rallies. Pro-Kremlin media describe protest organisers as ‘political paedophiles’ playing on young people’s naivety. Foreign Ministry spokesperson Mariya Zakharova warns Western critics not to ‘meddle in the internal affairs of a sovereign state’.

On 3 February, EU High Representative Josep Borrell condemned the ‘politically motivated’ sentencing of Navalny, and called on Russia to immediately release him and those who demonstrated in support of him. Borrell will also raise the issue at his meeting with Russian Foreign Minister Sergey Lavrov on 5 February.

European Parliament position
In its resolutions on Navalny’s arrest (21 January 2021) and on his poisoning (17 September 2020), the European Parliament denounced the shrinking space in Russia for human rights, and called for tougher EU sanctions against Putin’s inner circle, oligarchs and media propagandists, a new and more critical approach to cooperation with Russia, and an immediate end to construction of the Nord Stream 2 pipeline.

Read this ‘at a glance’ on ‘Navalny vs Kremlin: Latest developments‘ in the Think Tank pages of the European Parliament.