Discussions at the 21 January video-conference meeting of EU leaders largely focused on a coordinated response to the coronavirus pandemic, including the evolving public health situation with the spread of new virus variants coming from the UK and South Africa, vaccination strategies and international solidarity. 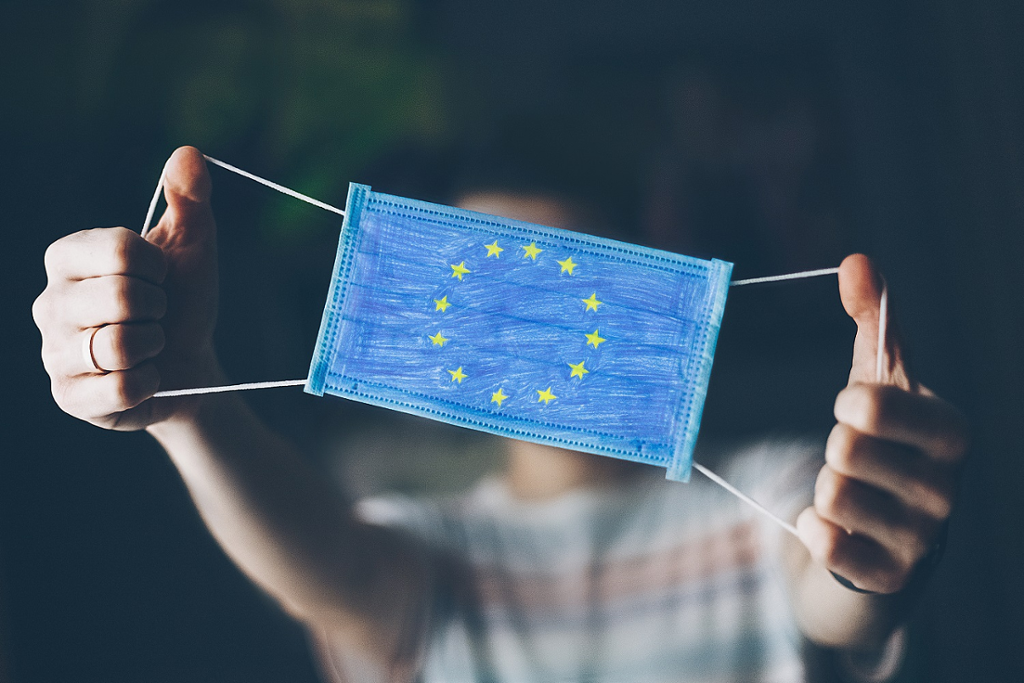 Discussions at the 21 January video-conference meeting of EU leaders largely focused on a coordinated response to the coronavirus pandemic, including the evolving public health situation with the spread of new virus variants coming from the UK and South Africa, vaccination strategies and international solidarity. While agreeing to further restrictive measures to limit non-essential travel, keeping borders open to ensure the functioning of the EU’s single market was emphasised as essential. At the meeting, EU leaders also raised the issue of the detention of Alexei Navalny, condemning it and calling on the Russian authorities to release him.

Video-conference of the members of the European Council

In light of the new variants of the virus already present in a majority of Member States, EU leaders’ discussions largely focused on vaccination, testing and possible restrictions to non-essential travel. Regarding vaccination, President Charles Michel recalled that two vaccines had been approved, with more expected to follow. The EU has secured up to 2.3 billion doses of vaccines to date. Charles Michel stressed that vaccination needed to be accelerated, and therefore urged the delivery of the vaccines in the timeframe agreed with the pharmaceutical companies. He stressed that all means should be used to avoid delays in distribution, including early supply of doses. Following a Commission communication issued ahead of the video-conference meeting, EU leaders agreed that Member States should aim at vaccinating at least 80 % of people over 80 years old and 80 % of health and social service professionals by March 2021, and at least 70 % of the adult population by summer 2021. President Michel underlined that the EU needed to act on two fronts at the same time: accelerating vaccination capacity but also limiting the spread of the new variants, notably by restricting non-essential travel.

The issue of ‘vaccination certification’, with certificates showing the vaccination status of an individual, was an important element in the discussions. No concrete decisions were taken at this stage. Leaders agreed that the Commission should work with the Member States on common elements for such a certificate, which would solely have a medical purpose. At a later stage, it should be determined, if, and under what conditions, such certification could be used for other purposes. A number of Member States have recently called for the development of such a vaccination ‘passport’ or ‘certificate’. The European Commission agreed in principle that a vaccination certification could be useful from a medical point of view, as it would allow for better surveillance of vaccination uptake as well as of any reported secondary effects across the population. While a global standard exists, the yellow World Health Organization international certification, the use of any future certificate must be carefully considered given the many unanswered questions surrounding immunity levels. It is still unknown whether vaccination inhibits transmission of the virus and for how long it provides effective protection. Moreover, any vaccine certification would need to ensure the respect of the rights of those without access to the vaccine, as well as of those who may have legitimate reasons not to be vaccinated. Moreover, data privacy experts have already warned against the risk of improper storage and sharing of data. Consensus will thus be needed among the Member States on the future uses of vaccination certification.

Commission President Ursula von der Leyen emphasised that more predictability and stability was necessary in the delivery process of the vaccines; she said the Commission would work together with the companies and the European Medicines Agency to this effect. Moreover, testing and specifically sequencing of the new variants needed to be increased. Given the low rate of sequencing across the Member States (<1%), the European Centre for Disease Control would be able to support the Member States in enhancing their sequencing capacity to reach at least 5 % of all positive tests.

While maintaining borders open remains crucial for the functioning of the single market, including for cross-border workers, the spread of the new variants requires Member States to refine their testing and quarantine criteria for both EU and non-EU travellers. Within the EU, the areas with a high circulation of the virus would in future be classified as ‘dark red’, and travellers from these areas would be required to undertake a test prior to departure. Travellers from third countries, on essential travel to Europe, would have to comply with the same requirement. The Council was therefore invited to review its previous recommendations on intra-EU travel and non-essential travel into the EU, in light of the risks posed by the new virus variants.

International cooperation on vaccines: Delivering on ‘a public global good’

International solidarity on vaccine distribution has been a key element of the EU’s crisis response from the early moments of the coronavirus outbreak. The European Council has on several occasions (most recently at its November 2020 and December 2020 meetings) stated that vaccines should be treated as ‘a public global good’, to which countries around the world should have timely and equitable access. To deliver on this commitment the European Commission has played, along with the World Health Organization and France, a central role in establishing COVAX, a global vaccine procurement facility. To date, the European Commission has pledged €500 million to COVAX in support to low- and medium-income countries. President Michel stressed that EU leaders remained committed to COVAX, and that the fight against Covid‑19 would only be successful if the pandemic was fought simultaneously in Europe and worldwide.

President von der Leyen confirmed that COVAX remained the main instrument for international solidarity on vaccines. She stressed that, in the current context, in which there is a ‘rush’ to vaccines, and partner countries face problems in securing supply, the EU is considering the establishment of a mechanism allowing the sharing of access to some of the vaccines procured by the Union; until COVAX is able to deliver large quantities of vaccines. The Team Europe mechanism will be used for that purpose, whilst vaccines will be channelled to partners through COVAX. The EU has set up Team Europe, a mechanism benefiting from a financial envelope of over €20 billion. This mechanism enables support to partner countries, including countries in the EU’s neighbourhood, to respond to the immediate needs of the health crisis.

President Michel stressed that the EU leaders condemned the detention of Alexei Navalny, underlined that ‘Mr Navalny’s rights must be fully and unconditionally respected’, and called on the Russian authorities to release him and ensure his safety. EU leaders also called on Russia ‘to urgently proceed with an independent and transparent investigation’ on the poisoning attempt on Mr Navalny, and to fully cooperate with the Organisation for the Prohibition of Chemical Weapons to facilitate a fair international investigation.

Speaking prior to the European Council meeting at the European Parliament, President Michel invited the new US President, Joe Biden, to work together to ‘build a new founding pact. For a stronger Europe. For a stronger America. For a better world.’ He has also extended an invitation to President Biden to attend an extraordinary meeting of the European Council in Brussels in parallel to the NATO summit. On both sides of the Atlantic there is political will to support multilateral action. In his inaugural speech, President Biden committed to ‘repair [US] alliances, and engage with the world once again’.